My long-suffering boyfriend James, who has to put up with having our entire spare room being taken over and re-named ‘The Sewing Room’, has until recently never had a proper garment made for him.

With this in mind, I embarked on making a ‘proper’ shirt, I’ve had a go at more casual shirts such as the Colette Negroni, but I just think that they don’t look as good without a collar stand. I was really excited when I saw the new Fairfield Shirt PDF pattern from Thread Theory, it was exactly what I had been looking for so I instantly downloaded it, and set to work.

Like most people James doesn’t conform to one size, but I started off making an XXL on the advice to use the chest measurement and to fit from there. I had quite a lot of trouble early on when I came to attached the collar stand to the neckline – it just didn’t fit. I assumed I had cut/measured something out wrong, but after going through everything again I was convinced I was right, so I contacted Thread Theory and Morgan got back to me with extremely helpful advice and I managed to fit it on just working much harder on getting enough ease in. After this initial hurdle, everything went much more smoothly. 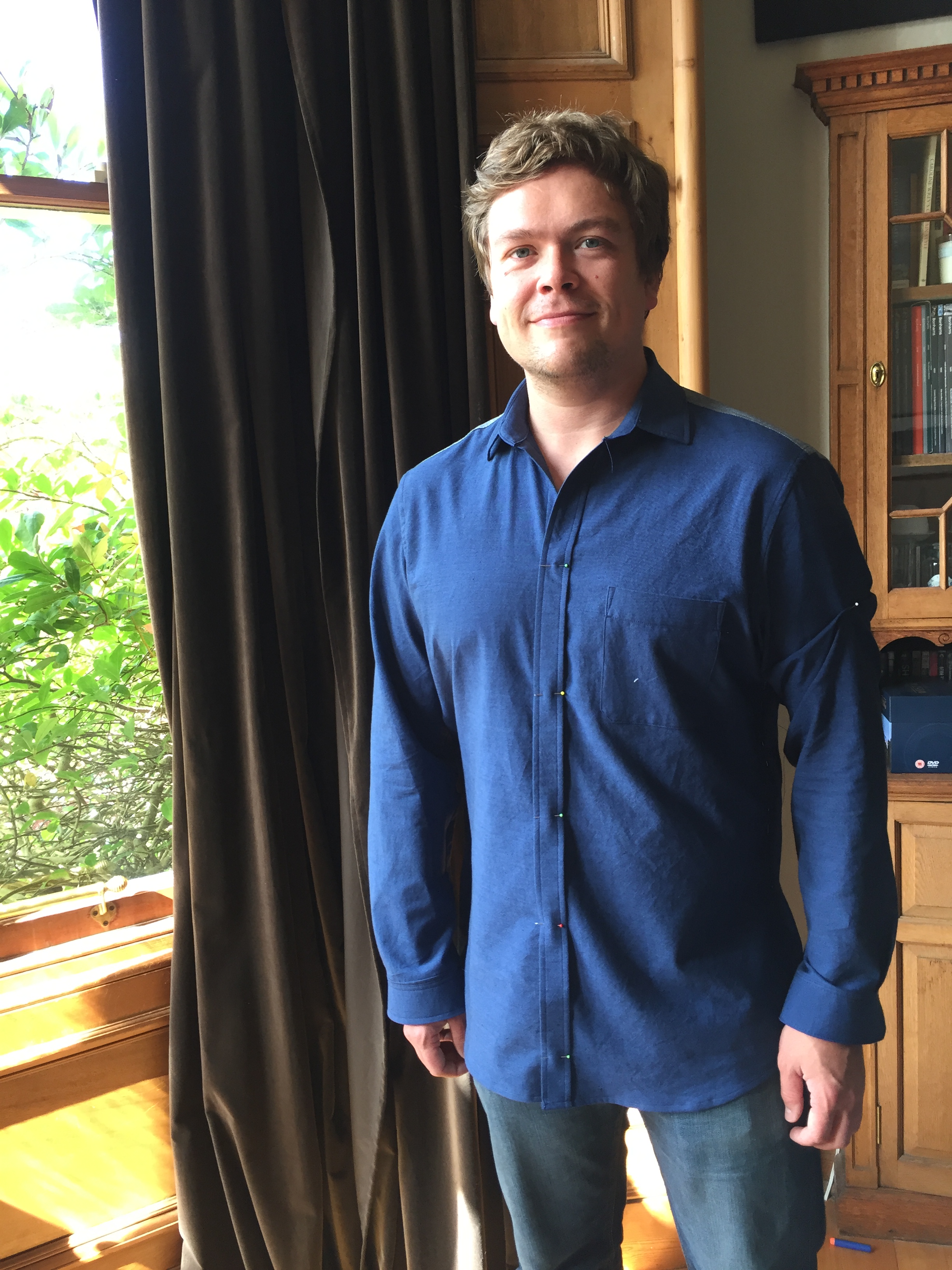 Here is James in the second toile, standing very gingerly as there are about 20 pins hiding, the shoulders fitted well, but the waist was too large, the sleeves were too long, and the collar and stand were just a smidge too small.

The fit tutorial was really helpful, as were all the sew-alongs on the TT website. I decided to grade the front and back from XXL to L, shorten the arms by an inch, and enlarge the collar stand and collar by 1cm, these changes made all the difference.

My final garment was made up in a Robert Kaufman Light-Blue Chambray  from the Splendid Stitch, and it turned out to be a good choice of fabric.

Overall I was quite pleased with the construction, there are a few areas which I found tricky – the sleeve plackets, collar stand and most of all the cuffs. But after practice I got them to a high-enough standard, although I think I could do better in the future. There are so many great elements to this pattern, the order of construction is slightly different to other shirt patterns, but it works really well.